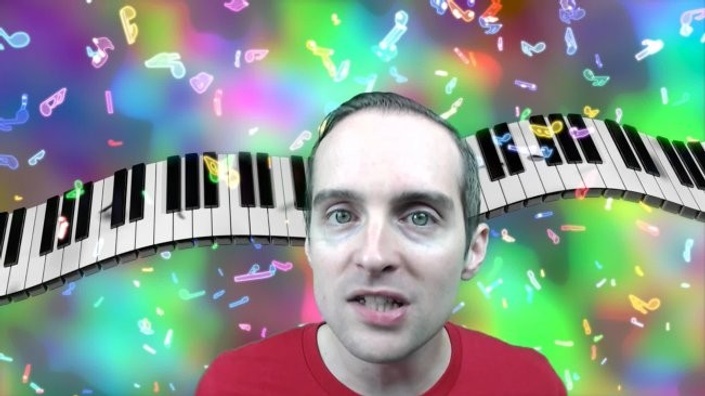 Would you like to SHORTCUT learning electronic music production with Deadmau5 as featured in his masterclass at http://jerry.tips/deadmau5mc?


Would you like to SHORTCUT learning electronic music production with Deadmau5 as featured in his masterclass at http://jerry.tips/deadmau5mc? The purpose of this video class is to teach you the most valuable skills I learned in "Deadmau5 Teaches Electronic Music Production Masterclass" in just thirty minutes!

To begin, would you listen to my quick summary of Deadmau5 Teaches Electronic Music Production Masterclass? Next, you might enjoy the skills I think are valuable for making electronic music based on what I learned in the class followed by stories Deadmau5 shares that I enjoyed. Then, I think sharing the context for my journey in learning electronic music production combined with the actions I took as a result of watching the videos in Deadmau5's masterclass will be really helpful for you in your own adventure in producing music! Finally, finish strong with a look at the challenges I faced using this masterclass, a class project, and a thank you for watching!

If you would like to buy the "Deadmau5 Teaches Electronic Music Production Masterclass" would you please use my affiliate link through ShareASale at http://jerry.tips/deadmau5mc because I get $25 when you use my link? The price is the same for you either way with the difference being you might feel good knowing you are helping me when you buy the class with my link!

Thank you very much for reading about my first SHORTCUT style class where I hope to communicate the skills I spent hours learning to you in just about 30 minutes of your time! If you have never heard of Deadmau5, that's okay because prior to taking his masterclass I had never heard of him either! Here is a bit more about him from selected parts of his Wikipedia page at https://en.wikipedia.org/wiki/Deadmau5

Joel Thomas Zimmerman was born January 5, 1981. His stage name is deadmau5 which is pronounced "dead mouse." Joel is a Canadian record producer and DJ from Toronto, Ontario working in variety of styles within the progressive house genre and sometimes other forms of electronic music. His music career began in the 1990s and he chose his name because a mouse died inside his computer. "Get Scraped" released on July 26, 2005 was Joel's first album nearly ten years after he started trying to make music.

Joel has received six Grammy Award nominations for his music and has worked with other DJs and producers, such as Kaskade, MC Flipside, Rob Swire, Wolfgang Gartner, Duda, Tommy Lee, and DJ Aero. Deadmau5 is currently one of the highest paid electronic music producers in the world according to Forbes. His albums include Vexillology, mau5trap, Random Album Title, For Lack of a Better Name, 4x4=12, > album title goes here <, Astralwerks, 7 EP, while (1<2), and W:/2016ALBUM/. My favorite songs by Deadmau5 are My Pet Coelacanth and Infra Turbo Pigcart Racer.

In 2005 while I was in college at the University of South Carolina, I tried to start working online. I signed up for an MLM program and a survey website. A month later, I had refunds from both and figured working online was not possible because everything was a scam. The truth was I was afraid to fail again.

In 2011, I moved in with my wife and launched an online business focusing on video game addiction in an attempt to avoid dealing with any of my other problems. In a few months, I changed my business to selling shirts because I realized there was no money in video game addiction. A year after starting my business, I dropped out of my criminology PHD program at the University of South Florida to run my business full time which by then had changed to helping clients with Facebook and Google ads based on my experience failing to do them successfully for myself.

In 2013, I starting sharing everything I knew for free on YouTube because I hoped it would help me get more clients. By April 2014, I was nearly bankrupt after failing at 15+ different business models. I was also nearly dead from trying to drink the pain away and fortunately the fear of death motivated me to get into recovery. Being in recovery motivated me to focus more on being of true service to others and less on what I would get out of it. I started making courses online with Udemy which soon turned into my first real business. I partnered with as many talented instructors as I could and learned from top instructors how to get my courses the most sales.

In 2015, I tried making some inspirational videos sharing what I learned in recovery and got an amazing response on YouTube. To make the background on my videos more interesting, I started making the inspirational videos while playing video games. To make a more helpful website, I hired a freelancer to convert the videos into blog posts including this about page originally.

First Section
Available in days
days after you enroll